Many Door County events are currently being canceled or postponed due to the Coronavirus COVID-19 outbreak.
Please check with event personnel for an update on their event. 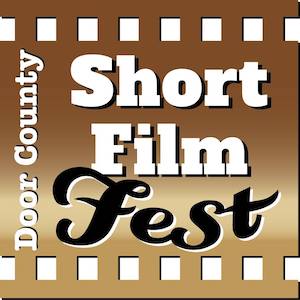 The 12th Annual Door County Short Film Fest (DCSFF) will be a virtual online affair and will offer an expanded viewing window of ten full days. This year’s slate of films includes four feature films created in the State of Wisconsin, plus 30 short films from around the world.

Love on Holiday, directed and edited by Chris Opper of Fish Creek, WI. An intimate look at the annual songwriting festival sponsored by the Holiday Music Motel in Sturgeon Bay, Wisconsin, one of whose owners is the well-known musician pAt mcdonald, who wrote and performed the hit song “The Future’s So Bright I’ve Gotta Wear Shades” in the mid-1980s.

A Christmas Sunset, directed by T.C. DeWitt of Redacted Media, operating in both Milwaukee and Madison, WI. A drama about a group of friends getting together two years after the friend who brought them together has passed away.

The Al Johnson’s Story: 70 Years of Pancakes, Goats & Swedes, directed by Bill Youmans of Ellison Bay, WI, produced by John Nelson of Sister Bay, WI. A deep documentary dive into Wisconsin’s most famous restaurant, located in Sister Bay and internationally known as “the place with goats on the roof.”

Small Town Wisconsin, directed by Niels Mueller of Los Angeles, CA. After losing custody, perpetual teen Wayne Stobierski whisks his son away on a final father/son road trip to the big city of Milwaukee. His plans go comically and tragically wrong, but somehow the trip becomes a heartfelt redemption.

This year’s individual ticket price is $20, and as in 2020, festival tickets will be available online at doorcountytickets.com. After a ticket purchase, buyers will be provided with an online link and entry code to eventive.com, the popular film festival streaming platform, which will stream the festival’s films 24/7 over ten days, from 12 midnight to 12 midnight.