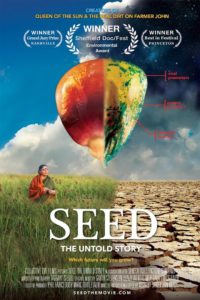 On March 2 and 3, Door Community Auditorium (DCA) will present a dynamic weekend of film (a screening of “SEED: The Untold Story”), lecture (about Africa’s role in international politics), and music (WRiTER’S NiGHT). WRiTER’S NiGHT is an original open mic hosted by Cathy Grier that will move north from The Holiday Music Motel’s Tambourine Lounge for one night at DCA.

Movies at The Door: “SEED: The Untold Story”

On Friday, March 2 at 7 p.m., DCA will present a screening of the film “SEED: The Untold Story.” This documentary follows passionate seed keepers who are protecting a 12,000 year-old food legacy. In the last century, 94% of seed varieties have disappeared. A cadre of 10 agrichemical companies (including Syngenta, Bayer, and Monsanto) controls over two-thirds of the global seed market, reaping unprecedented profits. This harrowing and heartening documentary follows farmers, scientists, lawyers, and indigenous seed keepers as they fight a David and Goliath battle to defend the future of our food.

The screening of “SEED” (rated PG) is free to the public. Freewill donations are encouraged. 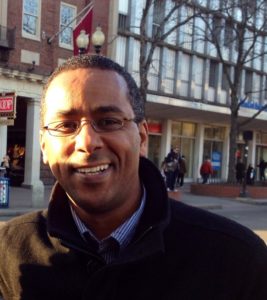 Tesfay’s lecture is free to the public (freewill donations encouraged). Refreshments from Base Camp Coffee Shop will be available for purchase.

On Saturday, March 3 at 7 p.m., WRiTERS NiGHT, an original open mic hosted by Cathy Grier, moves north from The Holiday Music Motel’s Tambourine Lounge for one special night at DCA. This is a performance opportunity open to all writing creatives, as well as an opportunity for non-performing spectators to watch artists unveil their work. Instruments provided; no advance signup necessary; original content only. Host Cathy Grier, a current resident of Sturgeon Bay, has been a professional musician for almost forty years. She recently competed in the International Blues Challenge in Memphis, and her multi-dimensional guitar technique, talents on slide and harmonica, gutsy vocal range, and sterling songcraft have garnered acclaim worldwide.

Tickets for WRiTER’S NiGHT are $17.50 (free to performers). Refreshments from Base Camp Coffee Shop will be available for purchase. All seats are general admission and seating is limited. Advance reservations are recommended and can be made at the DCA box office, located on Highway 42 in Fish Creek. The box office is open Monday-Friday, 12-5 p.m. Tickets can be purc 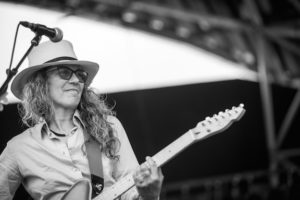