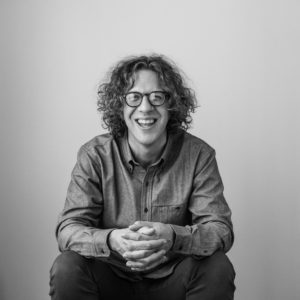 Phil Cook (Thursday, November 1) is a Wisconsin native, but he’s spent more than a decade making the South his own. Currently based in the rich musical community of Durham, NC, Cook—a songwriter, interpreter, and multi-instrumentalist—has played worldwide with his bands Megafaun and The Shouting Matches. His soulful, jubilant roots rock enchants audiences no matter what band he’s playing with. Pitchfork says Cook “lights up tradition with rare and overt joy and palpable gratitude.”

Cook will share his evening at DCA with The Music Maker Blues Revue, an all-star band and a thriving musical institution. Featuring dozens of different artists over the years, the Revue has busked on sidewalks, received standing ovations at Carnegie Hall, and played all over the world. Fast-paced and rollicking, the Revue at DCA will feature The Branchettes, Charles “Delta Blues Hog” Hayes, Pat “Mother Blues” Cohen, and Harvey Dalton Arnold. NPR calls Music Makers Review “totally rockin’…just amazing.

Friday, November 2 will see the return of Paul Thorn, who played to an enthusiastic crowd at last year’s Blues and Roots Fest. Hailed as the “Mark Twain of Americana,” Paul Thorn brings his gritty, gospel-infused Southern rock straight from his hometown of Tupelo, Mississippi, where he grew up as the son of a Pentecostal preacher. AllMusic calls Thorn’s music “gutbucket blues, old-time rock and roll, a sharp pop sense, and a gift for good old storytelling thrown in.”

All shows will take place at 7 p.m. on DCA’s mainstage. Tickets for the individual events range from $22 to $48 per performance. Advance reservations are recommended and can be made through the DCA box office, located at 3926 Highway 42 in Fish Creek. The box office is open Monday-Friday, 12-5 p.m. Tickets can be purchased in person, on the phone at (920) 868-2728, or online at www.dcauditorium.org.