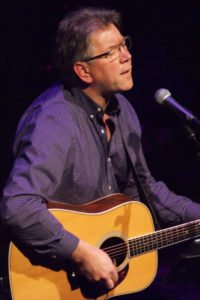 The Door County Historical Society will host its monthly dinner program, “The Beatles” presented by Warren Bluhm & Ben Larsen on Monday, November 27, at Prince of Peace Lutheran Church in Sturgeon Bay. Warren Bluhm and Ben Larsen will review the impact of the Beatles in words and music in the last Door County Historical Society meeting of the year.

The music world changed dramatically when four young men from Liverpool broke into the limelight bigtime at the beginning of 1964. But it wasn’t just the music world. “Used to be a boy was happy to get Jim Ringo on a football card,” a befuddled Chan Harris, editor of the Door County Advocate, wrote in April 1964. “Now they try to get Ringo Starr on a Beatle card.” The program will examine the unique style, lyrics and musical innovation that John Lennon, Paul McCartney, George Harrison and Ringo Starr brought to their craft, as well as how Door County and the rest of America reacted to what they were doing. Ben will punctuate the words with many examples of the amazing songs that the Beatles contributed to our collective history, from “She Loves You” to “The Long and Winding Road.”

Who was the Sturgeon Bay High School student whose picture was the first reference to the Beatles ever featured in the local newspaper? How did the youth of Door County and their parents react to these subversive moptops? What was it about the Fab Four’s music that was so different from what pop culture had been all about until they arrived? These questions and more will be explored in the presentation.

Warren Bluhm was a 10-year-old kid in New Jersey when the Beatles first hit the charts in the United States, so he can personally attest to how popular music can be clearly divided into pre-Beatles and post-Beatles. Within a few months every release of a new Beatles song was an event, and as the 1960s went on it got more and more adventurous. Bluhm recalls, “It became a small obsession after I first heard “Yellow Submarine,” of all things. I would walk the halls of Williamson School in Chester, N.J., singing ‘In the town where I was born …’ sometimes at the top of my lungs. I’ve been fascinated by the group ever since, and I believe few (if any) contemporary musicians have injected so much creativity and innovation into their work as the Beatles, who by the way were a hell of a rock band, too – something that’s often overlooked.” 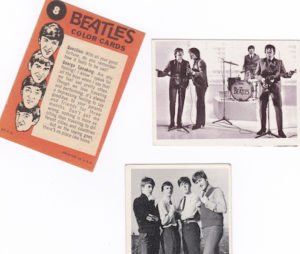 Warren came to Wisconsin to attend Ripon College and never looked back. He spent 22 years working in radio news and switched to newspapers 20 years ago, serving as editor of the Door County Advocate 2002-2007 and 2010-2016.Nowadays Bluhm is the editor-publisher of the Kewaunee County Comet, a local independent online news source, and editor of the Oconto County Times Herald in Oconto Falls. I also am a freelance copy editor and writer for Edible Door magazine and publish books. Warren and his wife Cj live at the Door-Kewaunee county line with two golden retrievers – Willow, The Best Dog There Is, and Dejah Thoris, Princess of Mars, and a cat named Blackberry.

Ben Larsen also has a unique relationship to The Beatles. He explains, “With two older brothers in bedrooms real close to mine, The Beatles were my lullabies as they played them into the night, and waaay past my bedtime! Their influence is no doubt present in my musical taste, even today, both The Beatles, AND my brothers! I love songs with meaning, and it’s been a pleasure working with Warren as he amplifies the unsung meanings of all these songs!”

Ben Larsen has been singing since Kindergarten, and has enjoyed it ever since. He learned guitar in order to join the Heritage Ensemble in 1978, and performed with Doc Heide way back then!  From Percussion in High School, a Rock band of friends during that time, to Fresco, The Johnson’s, The Works and Ben There Dan That, Ben kept busy playing music throughout Door County. His most recent performances have been at Fred and Fuzzy’s Waterfront Bar for the patrons enjoying the scenery and Cherry Margarita’s!!! Ben proclaims, “The more they have, the better I sound!”

The Monday, November 27 dinner will be catered by Scaturo’s Baking Co. and includes a buffet of tossed garden slad, baked chicken, stuffed shells, mashed potatoes, gravy, bread and butter, and cookies and bars for dessert. The meeting will be held at the Prince of Peace Lutheran Church located at 1756 Michigan St., Sturgeon Bay. Dinner and program fees are $21 for Society members and $25 for guests. Please plan to arrive a few minutes early for check in and seating; the annual meeting will begin promptly at 5:45 pm and the dinner will follow.

Please make your reservation by sending payment to the Door County Historical Society, P.O. Box 71, Sturgeon Bay, WI 54235. The reservation deadline is Monday, November 21. If you would like to attend the program only, please make your reservation by the deadline; the fee is $10 for this special program and the time is ​7 pm​. For further information, contact the Door County Historical Society at (920) 421-2332 or Director.DCHistoricalSociety@gmail.com.