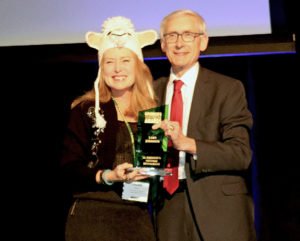 Door County recipients were honored with three awards during the Governor’s Tourism Awards Banquet at the Wisconsin Governor’s Conference on Tourism on March 19, 2019. 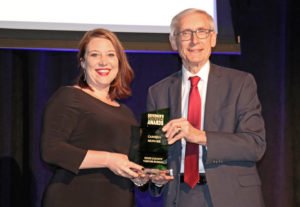 Cambria Mueller, Marketing Manager for the Door County Visitor Bureau, won the Governor’s Tourism Rising Star Award. This award is presented to an individual who is new to the tourism industry, within the last five years, who has shown leadership, commitment and passion for Wisconsin’s tourism industry.

Peninsula School of Art in Fish Creek won the Governor’s Tourism Award for Arts, Culture and Heritage. This award is presented to a business or organization that showcases the arts, culture or heritage for the enhancement of the tourism experience and economic well-being of a community. Catherine Hoke, executive director of the Peninsula School of Art, accepted the award from Governor Tony Evers. 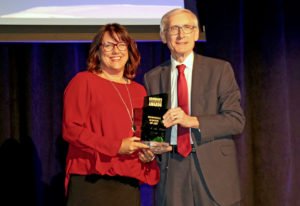