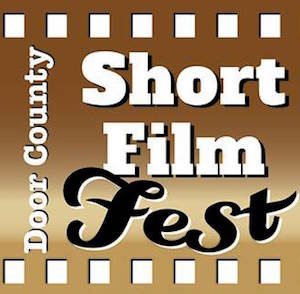 The Door County Short Film Fest is happening in Sister Bay February 16 & 17, 2018, and they have announced their official film lineup. Films are as short as 2 minutes and as long as 20 minutes and are all produced by amateur and professional movie-makers. This year’s festival will once again feature a selection of food and drink from local restaurants. Possibly the best popcorn you will ever eat will be available at no charge, compliments of the SBAA. Check the organization’s website (cometosisterbay.com) and festival Facebook page (facebook.com/DoorCountyShortFilmFestival) for updates.

Tickets are $5 per person for a two-day all access pass, good for all sessions, on both days. All proceeds go to the Door County Short Film Fest development fund for 2019.

On the second Saturday in June, domesticated goats from the local community herald the coming summer by parading down Highway 42 in Sister Bay. Here’s why they do it…

A feature-length documentary that looks at the history of miniature golf in the USA and how it has evolved over the last 100 years. This feature film explores these unique, family-friendly roadside attractions and the talented, often unsung, people who design, build and operate them.

When his high school sweetheart sends him an epic break-up letter and moves out of state for a job, a heartbroken gamer decides to face his fears to get her back.

Could we ever make the moments count?
Directed by Francisco Torres

Suffering through the constant torments of an extremely annoying person named Bob, a monthly support group secretly gathers to vent their frustrations.
Directed by JC Farris

A small star with small wings wants to fly with the others. Through its trails, the start is taken to a place where it can fit in.
Directed by Ashley Cullen

Two mini-golfers track down a ball that doesn’t want to be hit anymore.
Directed by Bobby Opper

In a drought-stricken town in the California High Desert, a 10-year-old girl challenges her grandfather, a cranky retired firefighter, to bring water back to the dry river.
Directed by Alvaro Ron

Set in the 1960’s, a pilot fights for survival as the sole survivor of a commercial airline crash. Crushed by guilt, he journeys through an uninhabited desert hoping for rescue.
Directed by Sean McDowell

Having found the love of his life, a man describes his experiences in finding a way to connect to others after losing her.
Directed by Nella Citino

Two thieves worry they have been discovered by a motel clerk and his sidekick.
Directed by Martin Kaszubowski

A man with an evil heart gets more than he bargained for when his haunting dreams become reality.
Directed by Melonie Gartner

A card game has higher stakes than expected.
Directed by Darby Kern

Kate, a young office worker and aspiring pet portrait painter, is determined to find a mysterious man who keeps appearing in her dreams at night.

While on a berry-picking trip a woman gets stuck in a swamp, but she soon realizes it’s not only the swamp she’s stuck in.
Directed by Aleksi Puranen

A gruesome entity attaches itself to an unsuspecting family.
Directed by Zac Adams

Darby has found her chakra, but that doesn’t mean she’s found true love.

An overworked VFX artist has a long night on the job.
Directed by Luke Wilkening

A hardened young woman wrestles with difficult memories when her estranged father returns from prison. He teaches her how to box, but their traumatic past will not be easily washed away.
Directed by Jonathan Harden

Jos approaches a bridge after a relaxing drive, where on the other side bridge another driver approaches. Who will cross the bridge first?
Directed by Niels Bourgonje

A short stop motion animated film about a woman in a small, tight-knit village facing the last morning of her life. She knows she can save herself, but at what cost?
Directed by Mary Omelina

A schlock-loving movie theater usher name Kurt and a film snob named Jason come to realize they have some common ground in their shared, yet very different, love of film.
Directed by Gordon McAlpin

The morning of her mother’s funeral, Angela still can’t find the words for the eulogy. She receives help from some unexpected furry friends in this original musical film.
Directed by Shannon McInnis

Two cut off but living heads wake up in a fridge and manage to escape while trying to avoid a psycho barber.

A dark comedy about a tarot reader/psychic whose rambling and somewhat absurd conversations with clients become self-fulfilling prophesies.
Directed by Amber Danger Johnson

Four short stories about a 17-year-old boy who goes to an underground bar for a gun.

A young woman, half Italian, half American, raised in both Italy and England, explores her intimate connection to rural America. (Italian with English subtitles)
Directed by Neil Brookshire

Playtime turns into uncontrolled shenanigans when a young girl discovers rag dolls in an antique chest. For the dolls’ very real counterparts, self-control is out of their hands.
Directed by Justin + Kristin Schaack