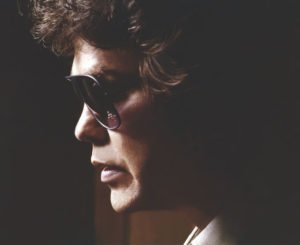 Country artist Ronnie Milsap helped draw the boundaries around what country music could be—and then he broke them. Though his daring, genre-busting choices alarmed the country music establishment of the ’70s and ’80s, Milsap achieved vast critical and popular success nonetheless, notching six Grammy Awards and forty #1 country hits over the course of his career. Known for hits like “Smoky Mountain Rain,” “Stranger in My House,” and “Any Day Now,” Milsap’s infusion of pop, rock, and R&B elements into country music won him a fiercely loyal fan base and induction into the Country Music Hall of Fame in 2014.

The Bristol Herald Courier raves that Milsap has created “decades of visionary music.”

Steeped in the mountain music of the North Carolina hills and schooled in classical piano, Ronnie Milsap found early inspiration in a wide variety of music. Even as he mastered Beethoven and Mozart, his heart belonged to hardcore country and rhythm and blues—music he heard beamed from powerful radio stations located in Nashville. The songs he heard there provided a young, impoverished blind boy with a connection to a world and formed the basis of a career that has changed country music forever.

Ronnie Milsap’s performance is made possible with support from major sponsors A Friend of the Auditorium and The Doerr Family, as well as supporting sponsors Close Publications and The Cordon Family Foundation.