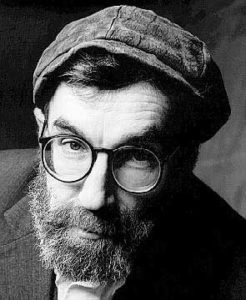 Midsummer’s Music 2018 summer season concludes with the Creative Aquifers program, featuring music by Samuel Barber, Paul Schoenfield, and Franz Schubert, and vocals by international mezzo-soprano star Susan Platts. The organization is pleased to be among the businesses that are promoting the Door County Community Foundation’s Celebrate Water initiative. This program is the fourth of the 2018 summer season where water-themed music was thoughtfully selected to relate to the initiative.

The ensemble will perform two pieces by Barber: Adagio for Strings, Op. 11, and Dover Beach, Op. 3. The Adagio for Strings is the middle movement of a larger work, which Barber had realized possessed a special quality. It begins with a stepwise rising sequence in the violin that is immediately imitated by the cello, and it features three-part harmonic suspensions that create a sense of tension and release. The piece has been used in numerous movies and TV programs including The Elephant Man (1980), Platoon (1986), and the ER episode “Do On, Teach On, Kill One” (1995).

Dover Beach, featuring mezzo-soprano Susan Platts, is based on a poem by Matthew Arnold that is deeply pessimistic. Barber used the poem’s rich imagery to create descriptive musical details, such as wavelike movements and rocking figures in the string parts representing shifting light on the sea. The work gradually builds up through shorter and repeated phrases to an impassioned conclusion: “Ah, love, let us be true to one another.”

Schoenfield’s Café Music is an audience favorite. Its first and last movements are very energetic, rhythmic—even frantic at time. The slow movement is contemplative and poignant to the point of nostalgia, and a beautiful melody in the cello is worthy of Dvořák. The piece captures the quality of “club music” but in a classical sense that combines readily recognizable idioms and gestures of the time in a far more contrapuntal style than one would expect in true “café music.”

All four Creative Aquifers concerts include Schubert’s Quintet in A Major (“The Trout”), D. 677, for violin, viola, cello, bass, and piano. Schubert had no qualms about borrowing from his other works, and in the case of the piano quintet, it was his song Die Forelle (“The Trout”) that he used as the theme for a set of variations in the fourth movement. Die Forelle, with mezzo-soprano Susan Platts and piano, is undoubtedly Schubert’s most famous and popular Lied, as it combines the memorable nature of a folk song with the sophisticated writing style that Schubert is known for. Die Forelle will be performed exclusively for the Labor Day Benefit event.

In addition to individual tickets, flex-packs of six or eight tickets are available and can be ordered online at midsummersmusic.com or by phone at 920-854-7088.