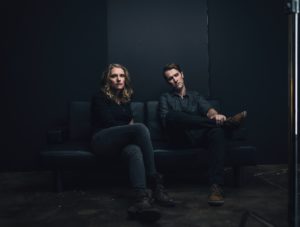 On Saturday, January 13, at 7 p.m., Door Community Auditorium (DCA) will kick off its Fireside Coffeehouse Concert Series with a concert by Milwaukee-based indie folk band Dead Horses in the intimate DCA Fireside Lobby. No Depression has hailed Dead Horses’ songwriting as “beautiful and fresh,” and the Milwaukee Record raved about the band’s “timeless and downright lovely sound.”

Dead Horses has cultivated a soulful roots sensibility based around the powerful literary and musical force of frontwoman/songwriter Sarah Vos. Raised on Bible hymns by her preacher father, Vos’ backstory sounds more like that of an old Mississippi bluesman than a young Wisconsin folksinger. Despite their youth, Vos and her collaborator, bassist Daniel Wolff, have crafted a timeless sound that’s informed as much by early American prose as it is by modern Americana music.

Tickets for the concert are $22. Seating is limited; advance reservations are recommended and can be made at the DCA box office, located on Highway 42 in Fish Creek. The box office is open Monday-Friday, 12-5 p.m. Tickets can be purchased in person, on the phone at (920) 868-2728, or online at www.dcauditorium.org. The concert is sponsored by The Cordon Family Foundation. Coffee and treats from Base Camp Coffee Shop and Discourse Coffee will be available for purchase.

More information about all these events is available at the DCA box office, located at 3926 Highway 42 in Fish Creek. The box office is open Monday-Friday, 12-5 p.m, and can also be reached on the phone at (920) 868-2728 or online at dcauditorium.org.