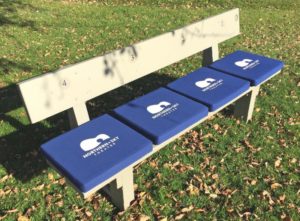 With the end of the year fast approaching, Northern Sky Theater has announced a holiday-giving opportunity for donors making a contribution to its Constellation Campaign. In an effort to continue the strong momentum of Northern Sky’s Constellation Campaign to raise funds for a new Creative Campus in Fish Creek, the company is giving donors the opportunity to name a theater bench or chair with a $1,000 or $2,000 gift to the campaign.

Donors at the $2,000 level will be able to name a bench at the company’s outdoor amphitheater in Peninsula State Park, and donors at the $1,000 level will be able to name a seat in its new, indoor performance space. Donors may name a seat or bench after themselves, in memory of a loved one, or in honor of a family member or friend. Honorary gifts at either level will be recognized with a personal card and Northern Sky ornament sent to the honoree, to be delivered by December 24th provided the company receives the donor’s gift by December 18th. Ornaments will have the Northern Sky logo engraved on a round wood tree cutting edged in bark. Benches and seats are limited and naming will be on a first-come, first-served basis. In addition, an anonymous donor has offered to match any gifts at the $1,000 or $2,000 level that are received between now and December 31st.

Northern Sky Theater’s Constellation Campaign to raise funds for their new Creative Campus in Fish Creek is closing in on the last 20% of their $6.7M campaign goal. The Northern Sky board of directors is committed to raising 90% of the total campaign goal in pledges or gifts before they break ground on the corner of A & F. The purpose of the Constellation Campaign is to raise funds for Northern Sky’s new creative campus in Fish Creek. The campus is needed to safeguard the company’s future and provide new strategic opportunities for mission-focused programming.

Northern Sky currently operates from a host of rented facilities spread all over the county. The company rents office space in Ephraim, set and costume shops in Baileys Harbor, a rehearsal hall in Egg Harbor, four large storage units in Fish Creek, and fall and winter indoor performance venues — all at an annual cost of approximately $80,000. The new creative campus will eliminate the need for such non-housing rentals. Moreover, it will give Northern Sky a secure home and centralize its support operations. The creative campus’s site plan includes two buildings to house an indoor theater, administrative offices, a box office, costume and set facilities, and storage spaces. The 244-seat indoor theater will serve as a place to hold rehearsals, readings, workshops, and fall and winter performances.

The amphitheater in Peninsula State Park will continue to be Northern Sky’s summer performance venue, and the Constellation Campaign will also provide funds for much-needed upgrades to the company’s home there, including improved sound and lighting, updated merchandise and concessions buildings, and new restrooms. 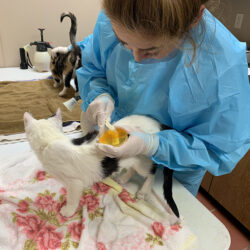