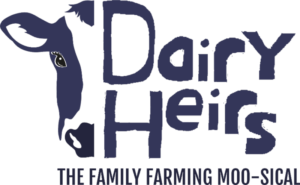 Northern Sky Theater will once again invite all Door County students to a complimentary evening of entertainment under the stars. Northern Sky will distribute nearly 4,000 free tickets to every elementary, middle and high school student at all five Door County schools as well as area homeschooling students. Tickets will be distributed in the middle of May to the schools.
“A core piece of our mission is to reach a large audience of all ages. Raising the next generation of theater-goers is something we take very seriously,” said Holly Feldman, Director of Development and Public Relations. “Our free student ticket is just one of the many ways that we fulfill our mission as a populist theater. It’s our way of removing the financial barrier that some families might experience who want to enjoy live theater.”

The ticket includes an opportunity to see the company’s two world premiere summer shows at Peninsula State Park. Each of these shows take place in Wisconsin during different periods of history.

The world premiere, Boxcar, with book and lyrics by Laurie Flanigan Hegge and music by James Valcq, is set in the 1930s in Whitehall, Wisconsin. Boxcar tells the story of a young boy named Charlie who befriends two hobos camped out on the edge of his family’s property. As this tender story unfolds and soars, Boxcarexplores the hardships of the era while celebrating the ultimate triumph that comes from one human being coming to the aid of another in tough times.
Audiences may recognize local 9-year-old, Ben Martin playing Charlie, from Sevastopol High School’s 2016 performance of Big Fish where he played Will Bloom’s son in the final scene.
The second world premiere, Dairy Heirs, with book by Eva Nimmer & Joel Kopischke, music by Alissa Rhode, and lyrics & story by Joel Kopischke, is a modern-day “moosical.” A sister and brother wrestle over the future of the family farm-a decision that affects the fate of neighbors, new loves, ex-loves, two wannabe identical twin farmhands, and one extraordinary cow. Dairy Heirs is like a good Wisconsin dairy breakfast: home grown, hearty, plenty sweet, with a side of tongue in cheek.

“When you add up the shows, on average, that’s nearly $100,000 in ticket value being offered to the youth of our community,” stated Northern Sky Board Chair, Mary Seeberg. “That’s quite the investment, but we often hear from families who have made it a tradition to come out to the theater with their student ticket each summer. We are so pleased to be part of their family memories under the stars.”

Tickets will be distributed the middle of May should be in the student’s hands by summer vacation. Parents are encouraged to check their school office in the event they do not receive a ticket.

Boxcar opens June 13th and plays Mondays at 8:30PM, Wednesdays at 8PM, and Fridays at 8PM.

Dairy Heirs opens June 18th and plays Mondays at 6PM, Tuesdays at 8PM, Thursdays at 8:30PM, and Saturdays at 8PM.

Students will need to present their complimentary tickets at the outdoor amphitheater in Peninsula State Park. All performances are suitable for all ages. Visit www.NorthernSkyTheater.com for more information.