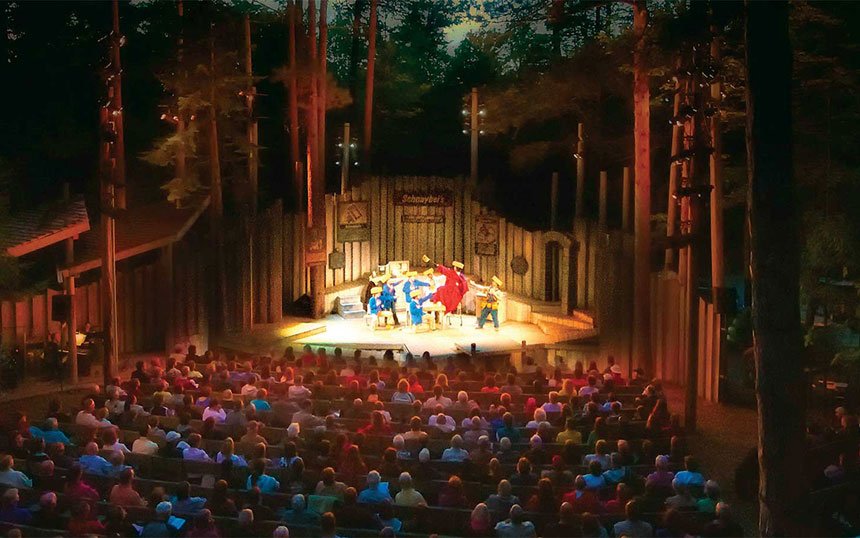 Northern Sky is a must-see Door County theater experience: original musicals presented beneath stars and towering pines in Peninsula Park Amphitheater, as well as indoors at the intimate, state-of-the-art Gould Theater. No matter the venue, Northern Sky is “a Door County tradition…one of the most exceptional professional troupes in the country” (Chicago Tribune). Open year round. 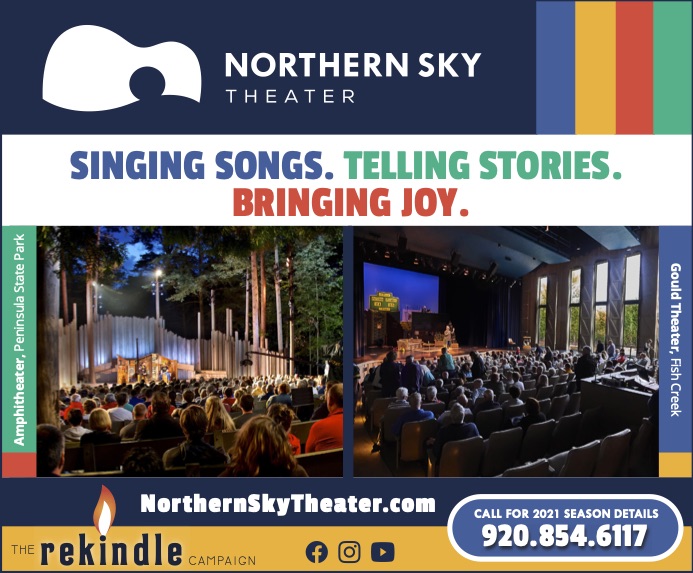 When it comes to theater companies, Northern Sky is like no other. At first glance, one might think that their most unique feature is that they perform their summer season in the middle of a state park, beneath red pine and the night sky (6/12-8/24). But that’s not the most unusual thing about this popular destination.

The company’s mainstay is to continually produce new musicals year after year, tailored specifically for their intergenerational audiences at prices that allow the whole family to attend without breaking the bank. The company has developed over 50 new shows since their inception and this year they will add two more to their collection.

The new show this summer will be We Like It Where?based on the true story of Winneconne's 1967 hilarious publicity stunt to secede from Wisconsin. The company will also feature the moo-sical comedy Dairy Heirsand the sailing adventure Windjammersin rotating repertory.

This fall will see Northern Sky move indoors to their new Creative Center on County Road A in Fish Creek. Not only will they have a grand opening of their new 248-seat theater, but will also premiere the new show Dad’s Season Tickets, a musical celebration of family, folly and the Green Bay Packers. 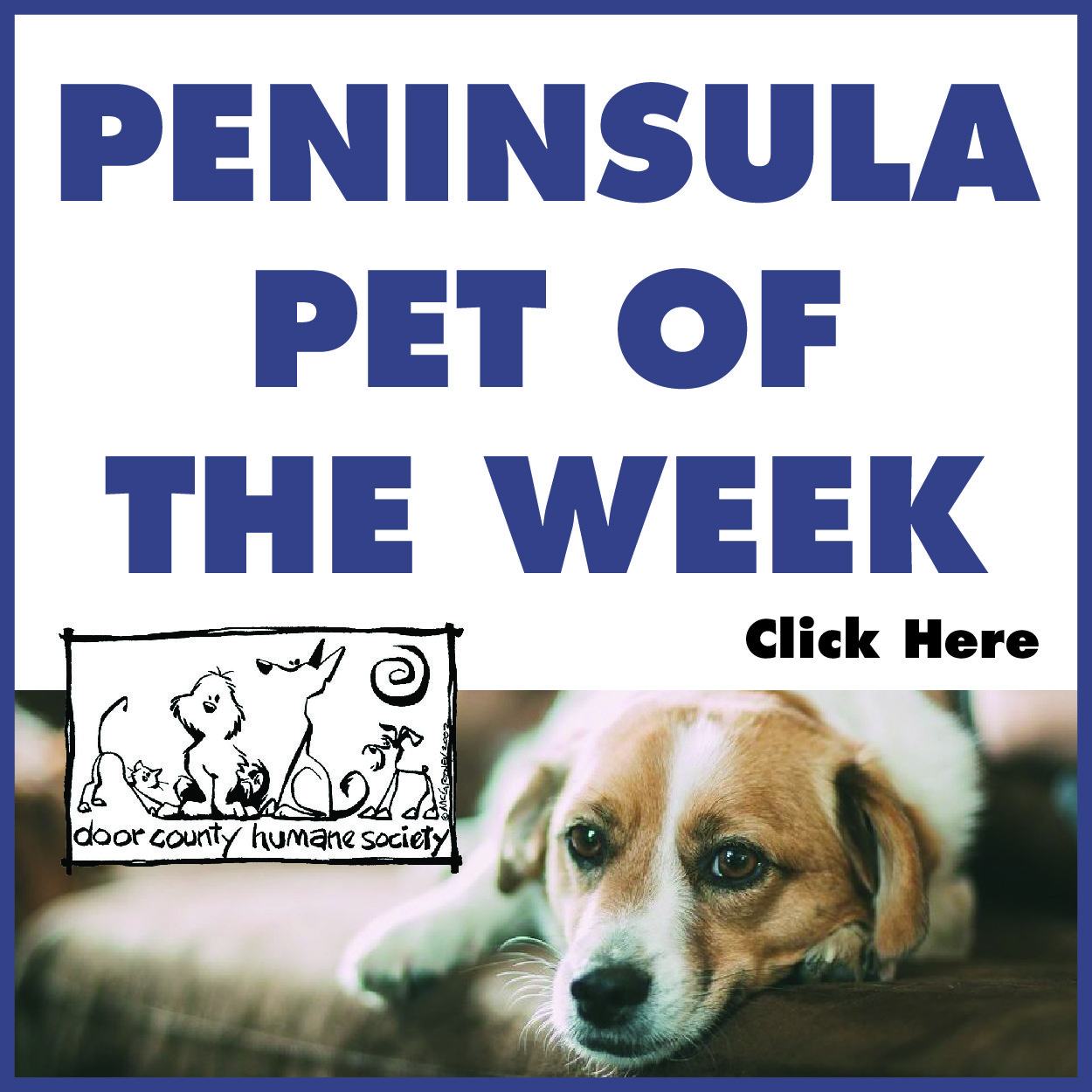