The program’s host, Artistic Director Greg Vinkler, is shifting from interviewing various company members to exploring the theater’s history. Around the time of the theater’s 85th birthday celebration in July, they produced an episode sharing the background of how Peninsula Players came into existence in 1935.

“The story of the theater’s birth is really engaging and was very popular with our patrons,” Vinkler said. “Requests for more such stories came in, so, while the theater is on an intermission from live performances, we are taking time to share the long and colorful legacy of Wisconsin’s oldest professional theater company.”

Over the course of the next several weeks, Audra Baakari Boyle, Peninsula Players Business Manager and Archivist, will join Vinkler on the series. Baakari Boyle has been the guest speaker at “Gibraltar Talks” for the Gibraltar Historical Association, the Door County Historical Society and PBS “Wisconsin’s Hometown Stories.” Baakari Boyle and Vinkler have been associated with the theater for more than 25 years each and have many experiences and stories to share. Together, they will open the theater’s archives and share its oral history, various milestones, company members’ histories and the connections Door County’s theatrical treasure has to the vast American theatrical landscape.

Episodes of Peninsula Players Presents are available to stream on the theater’s YouTube channel, Facebook page, and website, www.peninsulaplayers.com. Peninsula Players Presents is free, however donations to its Annual Fund are welcome. Donations can be made by calling the Box Office weekdays at (920) 868- 3287 ext. 1, by visiting www.peninsulaplayers.com or may be mailed to PO BOX 849, Fish Creek, WI 54212. 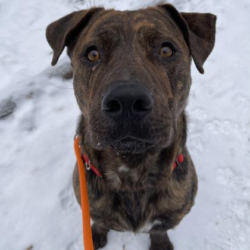