“We are thrilled to receive this generous grant from The Shubert Foundation,” said Managing Director Brian Kelsey. “As the most prestigious arts granting organization in the country, it is a great honor for us to be recognized and rewarded by this highly respected organization. This investment also reflects positively on the long-term health of Door County’s artistic community as a whole.”

The Shubert Foundation is dedicated to sustaining and advancing live performing arts on a national level and is especially interested in providing support to professional resident theaters and dance companies that develop and produce new American works. The foundation was established in New York City in 1945 by Lee and J.J. Shubert in memory of their brother Sam. It is the sole shareholder of The Shubert Organization, Inc., which currently owns/operates 21 theaters, 17 on Broadway and one off-Broadway theater. It is the nation’s largest private foundation dedicated to unrestricted funding of nonprofit theaters, dance companies, professional theater training programs and related service agencies.

Peninsula Players Theatre is America’s oldest professional resident summer theater and is unique in the country for its diverse productions, continued loyalty to a resident company, and its beautiful setting of 16 wooded acres along the cedar-lined shores of Green Bay. In the past 86 years, the theater has become a Door County landmark and its cornerstone arts institution, attracting audience members from throughout Wisconsin and across the country. 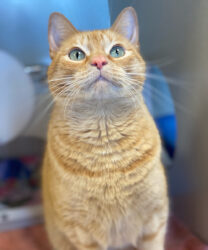