The Climate Change Coalition of Door County, with support from five county churches, will host a screening of Paris to Pittsburgh, an acclaimed documentary from Bloomberg Philanthropies and the National Geographic, at 7pm Wednesday, October 2. The screening will take place at Bjorklunden, 7590 Boynton Lane, Baileys Harbor.

Paris to Pittsburgh explores the very real social and economic impacts of climate change-fueled disasters, from America’s heartland to the nation’s coastlines. The film features voices from local leaders as well as everyday Americans telling stories of climate-related recovery, resiliency, and tireless innovative efforts to reduce carbon emissions, including in boomtowns formerly reliant on coal such as Pittsburgh.

Pittsburgh’s Mayor Bill Peduto stood up to defy President Trump when he announced the U.S.’s withdrawal from the Paris Climate Agreement. His city, now committed to energy efficiency, is one of many examples of bold economic and climate leadership in the film. Other locations featured in the film include Puerto Rico, California, Iowa, Florida and New Jersey.

“Paris to Pittsburgh reveals the inspiring steps communities across the country are taking to confront the severe health and economic threats posed by climate change,” said Geoff Daniels of National Geographic.

The program is free and open to the public. Freewill donations to support the Climate Change Coalition’s work are gratefully received. 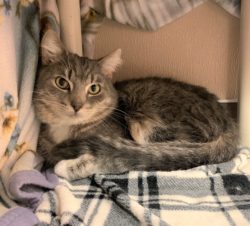