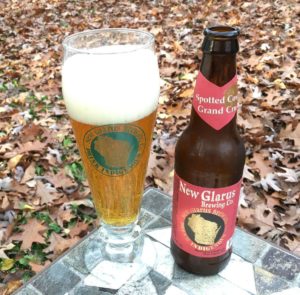 Monday, October 16 Sonny’s will be kicking off Craft Beer week with a special give away. For every pint of Dogfish Head 90 Minutes sold, customers will have their names entered in drawing where they can win a limited addition Dogfish cooler and Sonny’s gift certificate.

Wednesday, October 18 for every pint of Dogfish Head 90 Minutes sold, customers will have their name entered into the drawing where they can win special Dogfish merchandise and Sonny’s gift certificate.

Thursday, October 19 from 7:30 pm to 9:00 pm join Sonny’s for an evening of craft beer pairings with Sonny’s famous pizza. Meet the brewer and owner from Stillmark Brewing in Green Bay, Brad Stillmark, and get a deep dive into the art of this brew. Sonny’s Beer and Pizza Pairing with Stillmark Brewery is $20 in advance. Please reserve your spot by calling (920) 743-2300. This will be the first Pizza and Beer Pairing night of the season. Stay tuned for monthly pizza and beer nights throughout the winter, featuring different local, regional and national breweries.

Friday, October 20 is Firkin Friday. A Firkin of Hinterland’s Maple Bock will be tapped at Noon.

Saturday, October 21 is Sonny’s Beer Blow Out Party on the Patio with $2 and $3 beer specials. Sonny’s will also be featuring Titletown Breweries Rackers BotanicALE. This craft beer has an exclusive strain of grain from Briess and hops that is grown only at the Green Bay Botanical Garden. Plus, Glas Hamr will be performing on the Sonny’s patio from 5-9 pm.

Sonny’s Italian Kitchen and Pizzeria has been a Door County Favorite for Chicago-style pizza and authentic Italian food since 1996. Over 30 craft beers on tap, an extensive wine list and a beautiful view of the bay make Sonny’s an easy choice for good time and good food.