You are here: Home / Door County Newswire / ‘The Play’s the Thing’ Concludes with ‘The Gentleman Thief’ 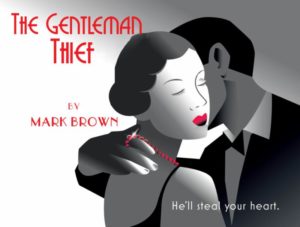 “When you are discovered by a householder–with revolver–in his parlor at half-past three in the morning, it is surely an injudicious move to lay stress on your proficiency as a burglar. The householder may be supposed to take that for granted. – P.G. Wodehouse

Peninsula Players Theatre presents a reading of “The Gentleman Thief” a new romantic comedy-caper by award-winning playwright Mark Brown.  “The Gentleman Thief,” formerly known as “Love, the Cracksman,” will be performed April 1 at 7 p.m. at Björklunden, located at 7590 Boynton Lane, Baileys Harbor. “The Gentleman Thief” is part of the Peninsula Players winter program, The Play’s the Thing, and is funded in part by a grant from the Wisconsin Arts Board with funds from the State of Wisconsin, as well as generous grants from Door County Medical Center and Friends of Door County Libraries. Admission is free, seating is limited.

“I stumbled upon the novel ‘A Gentleman of Leisure’ by P.G. Wodehouse,” Brown said in an interview with Orlando Shakes where “Love, the Cracksman” had its first public reading. “I loved it immediately. From the time I read it until the time I finished the script was about three months. If Cary Grant and Myrna Loy were alive today, I would want them to star in it. I think it’s a fun script with loads of fun characters.”

“The Gentleman Thief” features Jimmy Pitt, a handsome millionaire who makes a bet with a friend that he can break into a house. Jimmy meets Molly, the girl of his dreams, and is mistaken for an internationally known thief. Jimmy then struggles to keep his new friend, Spike, from stealing all of the valuables at a castle in England. And maybe, just maybe, he actually is an internationally renowned thief.

“A Gentleman of Leisure,” bursting with burglars, detectives, crooked policemen, arranged marriages, broken engagements and hilarious hijinks, was adapted for the stage in 1911 by Wodehouse and John Stapleton and has twice been adapted to the screen, once for silent film in 1915 and again for “talkies” in 1923.

Wodehouse, the creator of characters Bertie Wooster and his manservant, Jeeves, was an English author and one of the most widely read humorists of the 20th century.  He was an author, screenwriter and playwright who wrote more than 90 book and 20 film scripts. He settled in the United States after World War II and died in 1975.

Mark Brown is a widely produced playwright throughout America and abroad. His plays and musicals include “Around the World in 80 Days,” “China – The Whole Enchilada,” “Tom Jones; Tom Jones the Musical,” “The Trial of Ebenezer Scrooge,” “Deep into That Darkness Peering” and “The Little Prince.”

Many of these are adaptations. Brown said he loves digging into a story. “I am challenged with finding where I can stray from the original but still have it fit seamlessly into the story,” he said. With “The Gentleman Thief” he says he has taken some liberties with the original material to create something different, but still has a play that remains true to the book.

Brown said he loves the romantic screwball comedies of the 1930s and feels “The Gentleman Thief” is a story about the perception of truth and the motivation for why people lie. “I’m also trying to capture the feel of the lighthearted comedies from the 1930s that would have starred Cary Grant, William Powell or Myrna Loy.”

Cast in the reading of “The Gentleman Thief” are Peninsula Players veterans Cassandra Bissell (“Miss Holmes,” “Around the world in 80 Days,”); Neil Brookshire (“Miss Holmes,” “The 39 Steps”); Joe Foust (“Almost, Maine,” “Lord Arthur Savile’s Crime”); Noah Simon (“Once a Ponzi Time”) and newcomers Adam Wesley Brown, who made his Broadway debut in “Once” and recently toured in “The Woman in Black;” Jack Hickey, Artistic Director Emeritus of the Oak Park Theatre Festival; and Michael Stebbins, the Artistic Director of Door Shakespeare.  Additional cast members are yet to be announced. The cast is under the direction of Peninsula Players Artistic Director Greg Vinkler.

The Play’s the Thing is funded in part by a grant from the Wisconsin Arts Board with funds from the State of Wisconsin, as well as generous grants from Door County Medical Center and Friends of Door County Libraries.