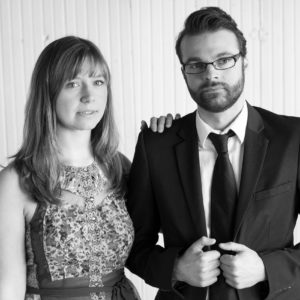 On the heels of a successful summer and fall season, Door Community Auditorium (DCA) announces a winter season packed with entertainment. Invigorating shows on DCA’s state-of-the-art main stage, coffeehouse concerts in DCA’s cozy lobby, compelling lectures, and free film screenings will make for a full and diverse calendar of events at DCA this winter.

Bryan Nelson, co-chair of DCA’s programming committee, is looking forward to the upcoming winter season. “I’m excited about the cultural and entertainment offerings that our audiences and students will enjoy this winter,” Nelson says. “The intimacy of DCA’s winter experiences is a jewel in itself.”

Mainstage Shows
On November 25, DCA will get into the holiday spirit when “Big Mouth and The Power Tool Horns Swing Into the Holidays with Special Guests Janet Planet and Steve March-Tormé.” On December 28, DCA will continue the festivities with the fifth annual Play It Forward for the Holidays concert, which brings together local talent to benefit a good cause (this year, hurricane relief).

There are three more mainstage shows after the new year. On January 23, DCA presents Recycled Percussion, who create their trademark “junk rock” by turning ladders, buckets, trash cans, car parts, vacuums, and power tools into percussion instruments. February 25 will bring Ailey II, a dance troupe renowned worldwide for merging the country’s best young dance talent with today’s most outstanding emerging choreographers. And rounding out the mainstage winter shows will be Celtic Nights: Oceans of Hope (March 15), which uses song, music, dance, and narration by some of Ireland’s most talented performers to present the story of people crossing oceans in hopes of finding freedom and prosperity. These three troupes will all deliver matinees and/or workshops for Door County students in addition to their mainstage performances.

All coffeehouse concerts take place on Saturdays at 7:00 p.m. in the DCA Fireside lobby. Tickets are $18.50 each, except for the Dead Horses concert ($22). Advance reservations are strongly suggested.

St. Norbert College Distinguished Lecture Series
Additionally, DCA will offer its Saturday morning St. Norbert College Distinguished Lecture Series. This year, the series will feature lectures about a wide variety of topics, including the relationship between humor, health, and happiness (1/20), Latino/a theologies and aesthetics of justice (1/27), pre-Columbian ceramics in Peru (2/10), Latinos in the American electorate and beyond (2/17), and Africa in international politics (3/3). Lectures begin at 10:00 a.m. Lectures are free to the public; freewill donations are encouraged.

Movies at the Door
Finally, on several Fridays in January, February, and March, DCA will offer film screenings as part of its Movies at the Door series. DCA kicks off the series on January 19 with an encore screening of “June Falling Down,” a film festival favorite based in Door County that made its Door County premiere at DCA this past summer. Rounding out the series will be soccer biopic “Pelé: Birth of a Legend” (1/26), “Moonlight,” winner of the 2016 Academy Award for Best Picture (2/16), and “SEED: The Untold Story,” a documentary about passionate people working to protect the world’s seed varieties (3/2).

Films will begin at 7:00 p.m. All screenings are free to the public; freewill donations are encouraged.

The Link Gallery of Children’s Art
The Link Gallery of Children’s Art, which is attached to DCA, will host several different exhibits of Door County student art during the fall, winter, and spring: “Capturing Kindness” (now through January 5), “Character Counts and Words of Wisdom” (January 8-February 2), “In Your Wildest Dreams” (February 19-April 6), and “Freedom and Liberty: The Immigration Project” (April 9-May 30).

Community Partners Events
Rounding out the season will be several Community Partner events. These events include the Peninsula Singers Holiday Concert (12/10), the Door County Reads kickoff event (1/21); a performance by a cappella group The Cat’s Pajamas presented by Gibraltar Music boosters (2/2); and numerous performances by Gibraltar School students.

Door Community Auditorium is located at 3926 Highway 42 in Fish Creek. For more information or to reserve tickets, call (920) 868-2728 or visit www.dcauditorium.org.