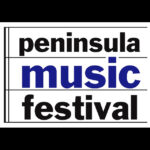 Join Peninsula Music Festival next August for the Peninsula’s première musical attraction of the summer! Kicking off the nine-concert Series with an Opening Night commemorating the works of Ludwig van Beethoven, and a Grand Finále honoring the Festival’s Norwegian roots in works by Sibelius, Grieg, and Nielsen, your experience of these timeless masterpieces, thrilling conductors, […] 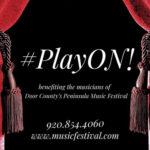 Sister Bay, Wis. (June 29, 2020) – On May 13, the Peninsula Music Festival began raising funds to provide the eighty musicians of our Festival Orchestra with a stipend to aid in the financial relief efforts caused by the COVID-19 pandemic. They are pleased to report that they’ve reached 75% of their goal, and are […] 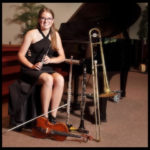 Ephraim, Wis. (June 13, 2020) – The Peninsula Music Festival is proud to announce that Door County native, Mya Ploor, is this year’s recipient of the George Verheyden Memorial Scholarship. A recent graduate of Sevastopol High School, Mya will be attending Luther College in the Fall, where she will be pursuing a double major in Music […] 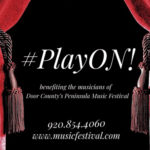 Ephraim, Wis. (June 9, 2020) – At times of great challenge, music helps to uplift us, but right now, the musicians of the Festival Orchestra NEED YOUR HELP! The challenges being presented by COVID-19 are unprecedented, and the financial effects on our artists have been devastating! It is these beloved members of the PMF family who […] 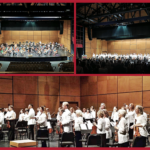 Ephraim, Wis. (May 14, 2020) – Yesterday afternoon, the Peninsula Music Festival officially launched its ‘PlayON’ initiative, aimed at funding stipends for each member of the Festival Orchestra to assist in the financial recovery efforts caused by the coronavirus pandemic. The fund will be equally distributed among the musicians, and is intended to support immediate essential […] 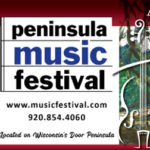 Ephraim, Wis. (May 6, 2020) – Wisconsin’s Peninsula Music Festival has been a musical Tradition of Distinction in Door County for nearly seven decades; and although this news will come as no surprise, it has now been made official. After much waiting to see how the COVID-19 Pandemic would develop, and hoping that we wouldn’t be required […] 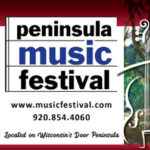 By Christoph Ptack, Executive Director, Peninsula Music Festival As we’re all painfully aware, the spread of COVID-19 across the United States, and the number of postponed concerts and season cancellations continues to grow. Over the weekend, the Milwaukee Ballet closed its doors until further notice, the Summer Olympics have been postponed, and just yesterday, the […] 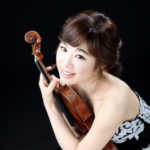 Peninsula Music Festival’s Chamber Music Series, February Fest, returns to Shepherd of the Bay Lutheran Church in Ellison Bay. There will be a reception following each concert to meet the guest musicians. The first concert will be on February 8 with Eric Olson (oboe), Ellen Caruso Olson (viola), and Sara Bong (piano). The second concert […] 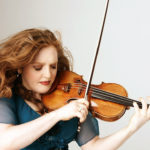 Christoph Ptack, Executive Director of the Peninsula Music Festival, has announced the performance schedule for the upcoming 68th season. “For the 2020 season, the Festival Orchestra boasts a roster of sixty-five musicians,” said Ptack, “who represent leading Symphony and Opera Orchestras from around the world, including those of Toronto, Montreal, Boston, St. Louis, Houston, Pittsburgh, […] 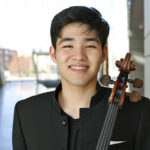